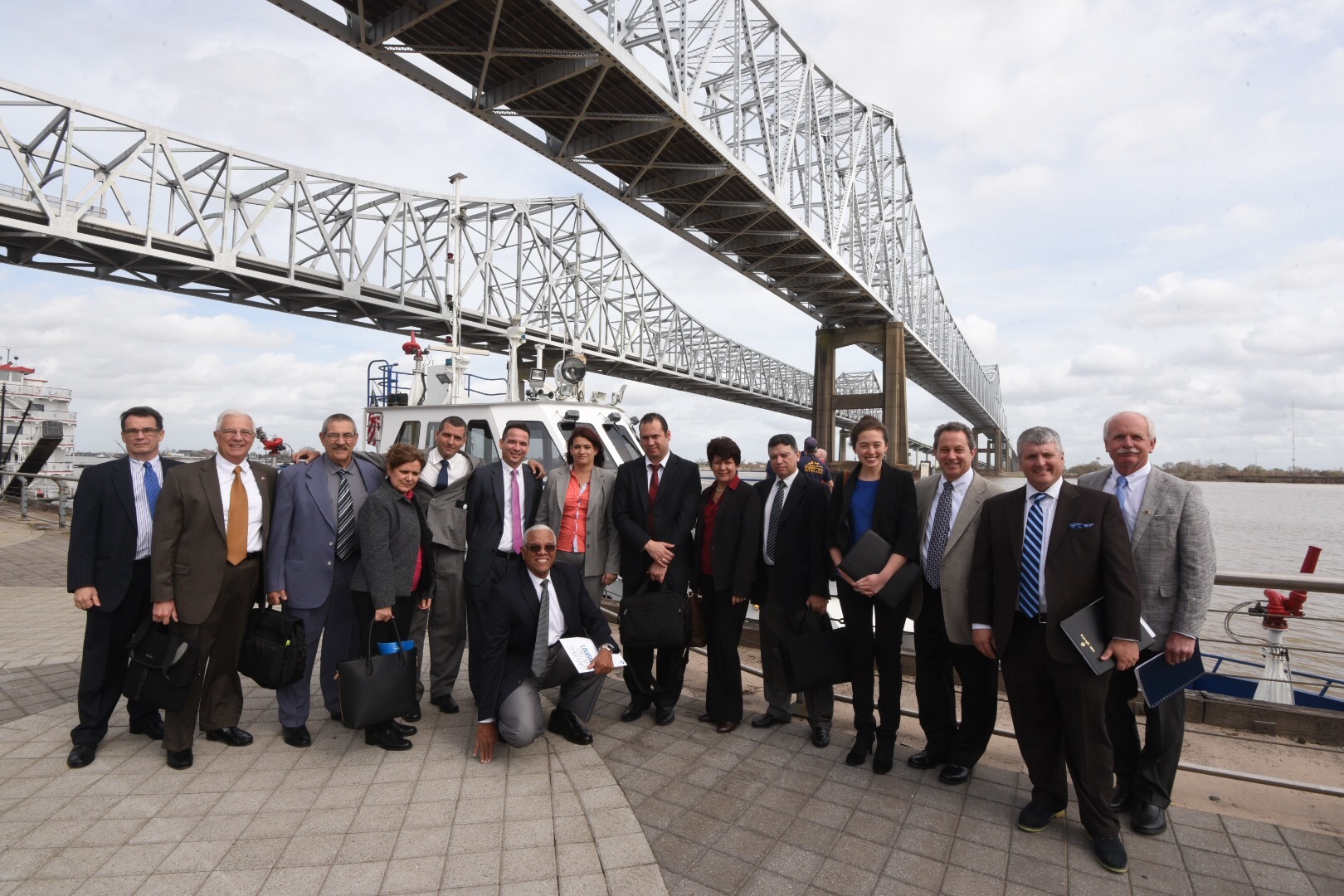 A seven-member delegation of trade ambassadors from Cuba met with Port officials and Louisiana trade representatives at the Port of New Orleans today, marking a return trip following a Louisiana delegation visit to Cuba in October.

The delegation began the day by presenting an overview of the Cuban economy, trade activity, the Mariel Container Terminal and opportunities within the Mariel Special Economic Development Zone. A Louisiana business roundtable followed with representatives from manufacturers, shippers and logistics providers and a harbor tour of the Port of New Orleans. The delegation’s agenda concluded with a meeting with New Orleans Mayor Mitch Landrieu and dinner with Louisiana Economic Development Secretary Don Pierson and officials from the five deep-water ports located on the Lower Mississippi River.

“It is an honor to host this delegation,” said Brandy Christian, President and CEO of the Port of New Orleans. “This was a great opportunity to show the delegation the infrastructure and opportunities we touted during our trip. Also, we gained valuable insight into maritime and transportation plans in Cuba and determined actionable items to the memorandum of understanding signed with the Cuban government last fall.”

Pierson said the delegation’s visit underscores the importance of trade between Louisiana and Cuba.

“We’re very pleased that Cuba’s leading trade ambassadors are visiting Louisiana so soon after our business development mission there in October,” Pierson said. “This speaks to the importance of the trip we made in October, supported by the prior trade mission by Louisiana Commissioner of Agriculture and Forestry Mike Strain last summer, and these meetings include a number of Louisiana economic development allies. We have an unmatched port system here in Louisiana, and the leaders of those ports continue to prioritize trade with Cuba on many fronts.

This Louisiana inbound trade and business development mission allows for a detailed presentation by the Cuban leaders and a robust discussion between the Cuban delegation and our Louisiana contingent of economic development professionals, port and business leaders. We think these conversations will be very productive and will lead to opening doors that will boost trade between our two economies in the future. We’ll also continue to cultivate stronger personal relationships with members of the Cuban delegation, promoting the open communications and building the trust required for significant commercial interaction.”