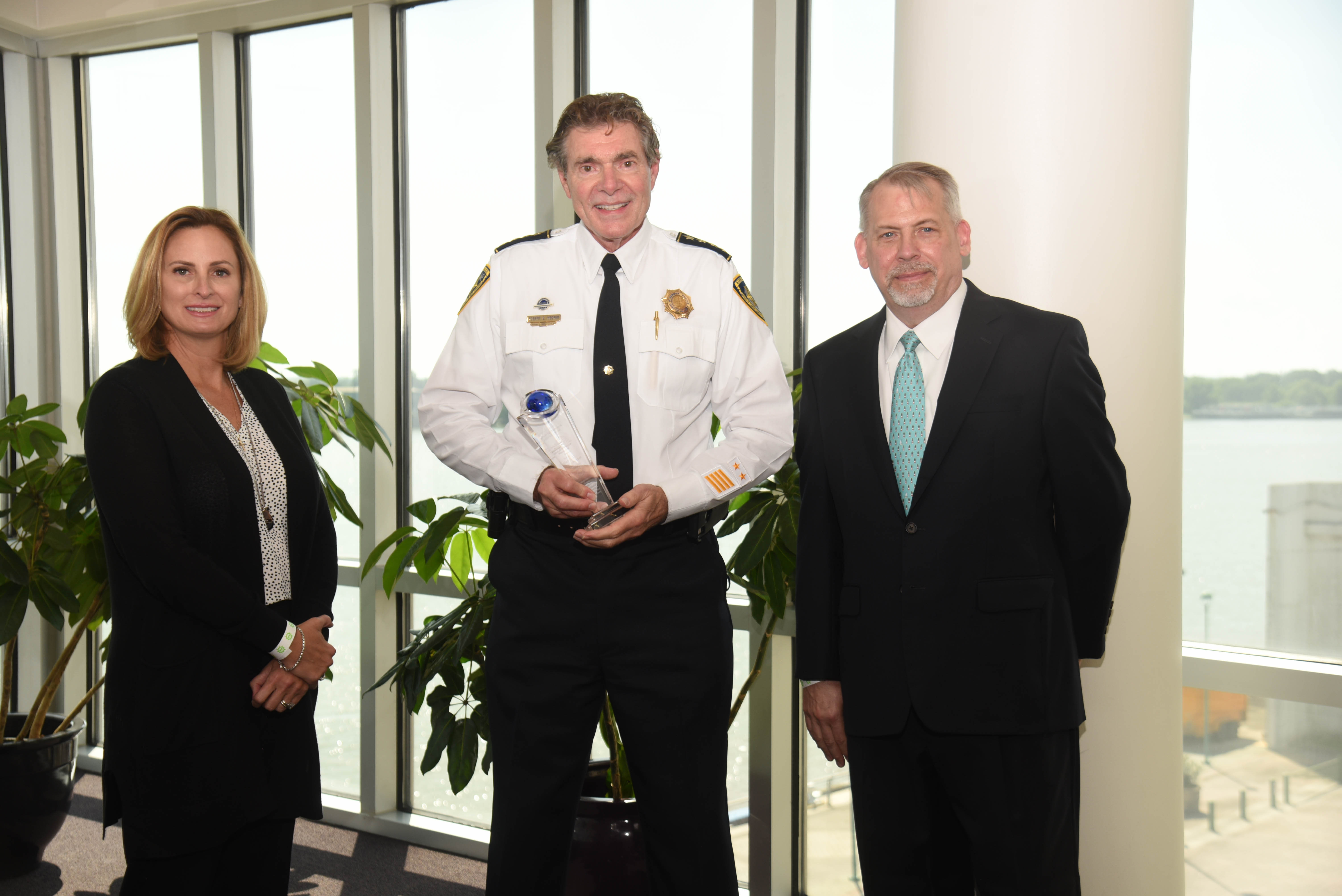 As Police Chief for the Port of New Orleans Harbor Police Department for 25 years, Hecker has extensive port security knowledge that has been provided to the congressional committees and shared on national news outlets. He is being recognized for his many years of service to the port community.

“Chief Hecker is so deserving of this award and we thank him for his tireless service and dedication,” said Brandy D. Christian, President and CEO Port NOLA. “Chief, as he is known to our Port family, is the pillar of our hardworking Harbor Police Department. He is not only a respected leader among the Port team, we are also proud of the work he does to protect our community.”

Chief began his career in law enforcement with the New Orleans Police Department, has been presented three “Keys to the City,” three Medal of Merit awards, 14 Letters of Commendation, a Supervisor of the Year award, as well mass recognition for his Katrina disaster efforts. He was also named Gambit Weekly’s 2005 New Orleanian of the Year.

“Chief Hecker’s dedication to serve and protect the community has been proven time and time again during his 25 years of leading the Harbor Police Department,” according to Rev. Philip Vandercook, Executive Director of Global Maritime Ministries.

The filming of the award ceremony took place at the Port NOLA Administration Building where Christian and Rev. Philip Vandercook conducted the formal ceremony and presented the award to Chief Hecker.

“I am truly honored to be recognized as the Humanitarian of the Year, said Chief Robert Hecker. “I accept the award on behalf of the men and women of the Harbor Police Department as I attribute any success I have to their outstanding work toward keeping our Port safe and secure in a professional manner. I am also grateful to our partners at the Global Maritime Ministries for presenting this award to me as I realize there are certainly others deserving.”

“In a year that has brought us so many setbacks and tragedies, it has been heartwarming to see our Port Community pull together and raise the level of cooperation like never before,” he continued. “Certainly, the staff at the Global Maritime Ministries deserve a lot of credit for spreading good will and giving us all hope during these difficult times.”