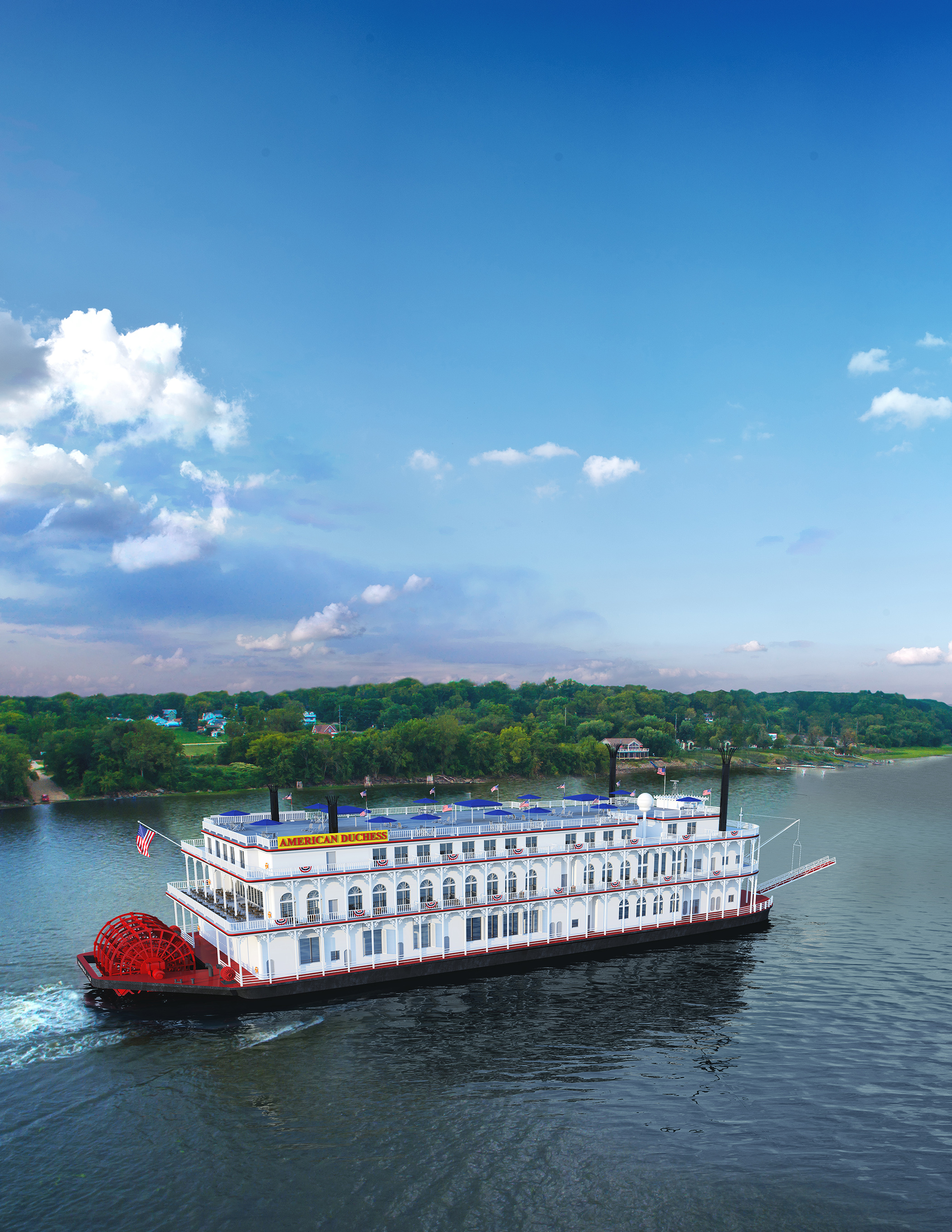 NEW ORLEANS—May 12, 2017—The American Queen Steamboat Company, owner and operator of the American Queen and American Empress, will launch service on its new American Duchess when it sets sail from New Orleans on Aug. 14, 2017, following its christening here a day earlier.

The all-suite, 166-guest American Duchess will be the first purpose-built boutique paddle wheeler offering guests the largest suites on the Mississippi River. The American Duchess follows in the pedigree of the company’s namesake American Queen and will offer overnight stays from New Orleans.

“The American Queen Steamboat Company has led the way in a rebirth of U.S. river cruising as thousands discover our heartland and the Pacific Northwest, served by an award-winning, All- American crew,” said American Queen President and CEO, Ted Sykes. “Demand for more capacity on the Mississippi River has been overwhelming the past two seasons and we look forward to delivering a new boutique all-suite experience and the flexibility of two riverboats sailing between New Orleans and St. Paul, Minn.”

Inland riverboat cruising has boomed for the Port of New Orleans in recent years, growing 40 percent in 2016 compared to 2015, as the Port welcomed 21,391 passengers on three homeported paddle wheelers sailing on the Lower Mississippi River.

“Inland river cruising is a growing segment of our cruise portfolio,” said Brandy Christian, President and CEO of the Port of New Orleans and chair of the American Association of Port Authorities’ Cruise Committee. “The history and charm of our historic city combines with the unique offerings of the Great River Road attractions to make cruising from New Orleans ideal for riverboat passengers.”

Other Louisiana stops on the American Duchess itinerary include the Nottoway Antebellum Mansion in White Castle, the historic district in downtown St. Francisville, and museums and attractions in Baton Rouge.

The Port of New Orleans ranks as the sixth-largest cruise port in the United States, with direct industry expenditures in Louisiana totaling $406 million, supporting 8,102 jobs and providing $324 million in personal income, according to research conducted by Cruise Lines International Association.