First Modern Riverboat in the U.S. to Sail from Port of New Orleans 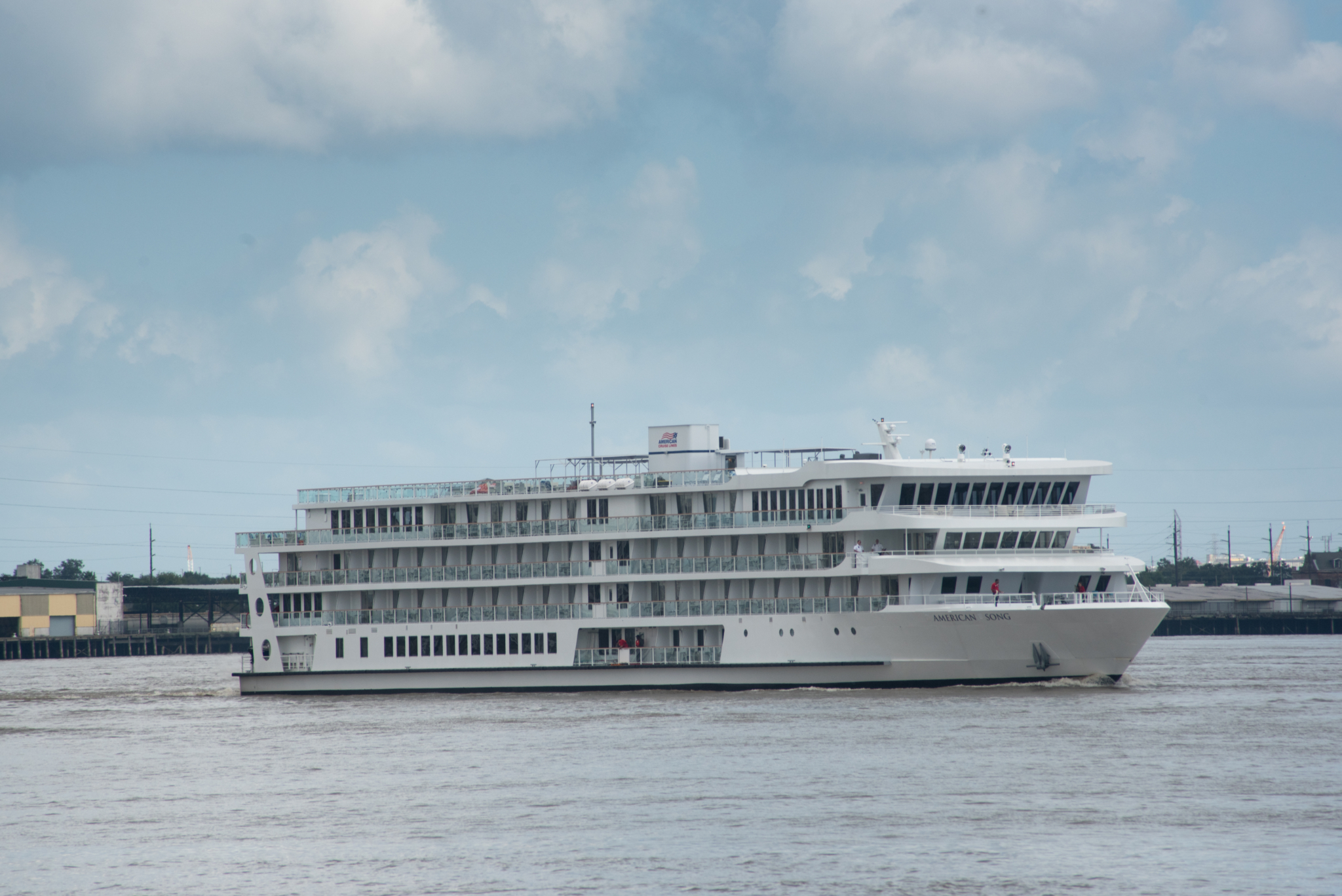 NEW ORLEANS—October 4, 2018—American Song, the first modern riverboat in the U.S., arrives at the Port of New Orleans days before making its inaugural cruise.

The Port of New Orleans will make river cruise history when American Song, the first contemporary riverboat in the U.S., sails its inaugural cruise Oct. 6, 2018 on the Mississippi River.

“Inland river cruising is a quickly growing segment of our cruise portfolio. We appreciate our partnership with American Cruise Lines and are working together to provide an exceptional experience for river cruise customers,” said Brandy D. Christian, Port of New Orleans President and CEO. “The history and charm of our vibrant city combined with the modern appeal of the American Song makes sailing from New Orleans on the Mississippi River truly unique.”

American Song is the flagship in the new series of contemporary riverboats by American Cruise Lines, the company that operates the new ship. With an exclusive capacity of just 184 guests, American Song provides modern design features and contemporary styling that today’s traveler has come to expect.

“American Cruise Lines is delighted to introduce American Song from the Port of New Orleans,” said Charles A. Robertson, CEO of American Cruise Lines. “It is only fitting to see the first modern riverboat in U.S. history debut on the Mississippi – the nation’s most storied and iconic river.”

The new modern riverboat features a four-story glass-enclosed atrium with a large domed skylight, which will serve as the central gathering point for the entire ship. American Song will also feature lounges soaring 40 feet above the water with triple the glass of other riverboats, offering astounding views.

The arrival of American Song is the latest in a series of milestones achieved by Port NOLA’s thriving cruise sector that offers passengers both riverine and ocean-going itineraries.

Disney Cruise Line recently announced it will sail from Port NOLA in early 2020 with the Disney Wonder, a 2,700-passenger ship, embarking on a variety of Caribbean and Bahamian cruises – marking the first time Disney Cruise Line will have a homeport in Louisiana. The Disney Wonder is scheduled for six cruises during a limited-time season from New Orleans, Feb. 7 through March 6.

Royal Caribbean International returns to New Orleans in December 2018 to homeport the Vision of the Seas, a 2,050-passenger ship.

Carnival Cruise Line will increase capacity on its short cruise program in 2019 by replacing the Carnival Triumph with the Carnival Valor, a 2,974-passenger ship. Carnival will offer guests a new cruise experience in 2019 when theCarnival Glory takes over the 7-day itinerary of the Carnival Dream.

American Cruise Lines was recently awarded Cruise Critic’s 2018 Cruisers’ Choice Award for Best River Line in the U.S. & Canada. American operates the largest and newest fleet of authentic paddlewheelers, coastal cruise ships and modern riverboats. With over 35 itineraries visiting 25 states, American cruises along the rivers, as well as the coastal and inland waterways of New England, Alaska, the Pacific Northwest, the Mississippi River system and the Southeast.