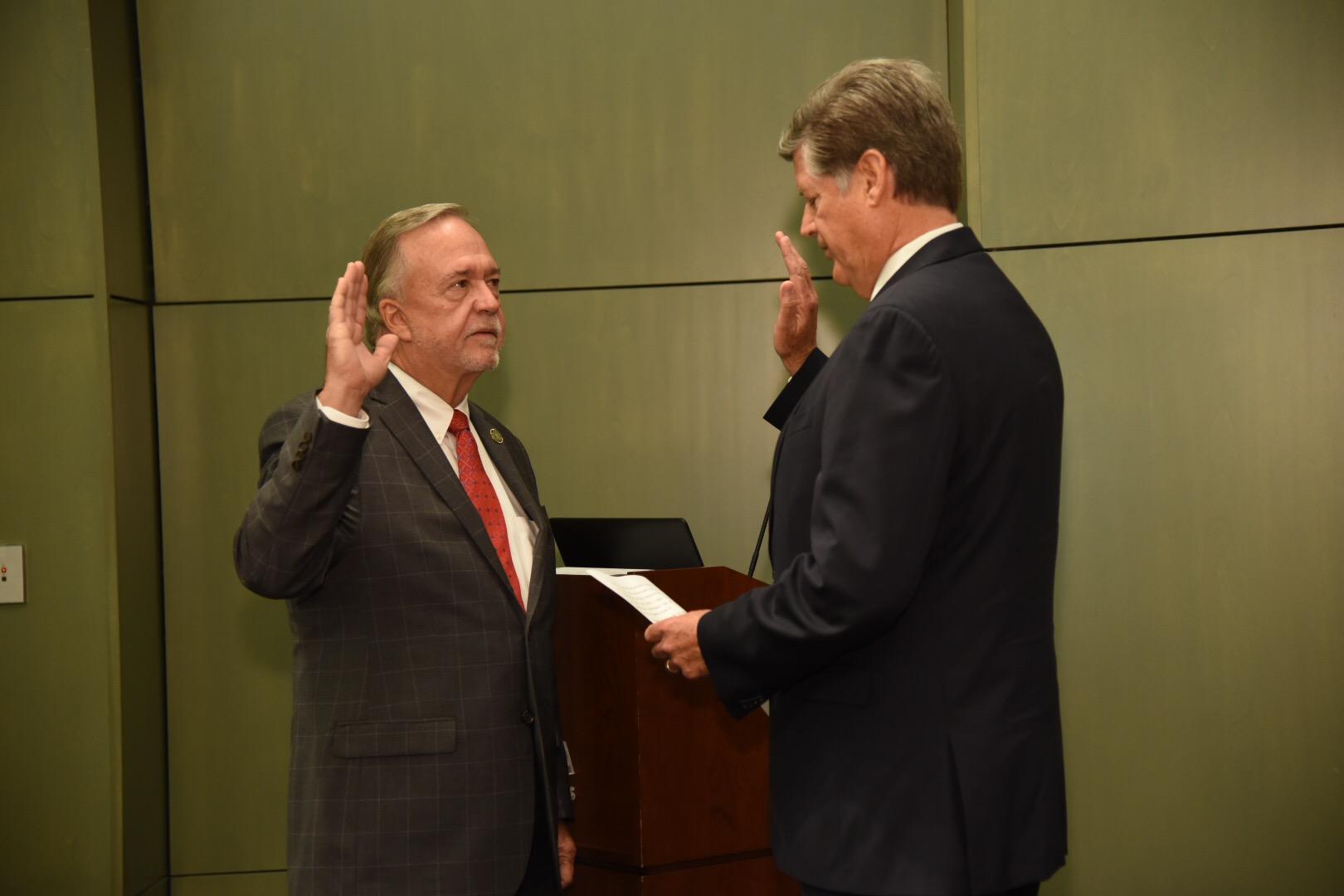 NEW ORLEANS—March 22, 2018—Gov. John Bel Edwards appointed Charles H. Ponstein to the Board of Commissioners of the Port of New Orleans as the St. Bernard Parish representative on the seven-member regional board. Ponstein was sworn in during today’s monthly Board meeting and will serve a five-year term succeeding William T. Bergeron.

“Charles Ponstein is a welcome addition to our Board of Commissioners,” said Brandy D. Christian, Port of New Orleans President and CEO. “He brings a legacy of leadership and public service in St. Bernard Parish that will benefit both the Port and Public Belt Railroad. We look forward to his contributions as we work to increase our economic contributions throughout Port NOLA’s three-parish jurisdiction.”

Ponstein is a landlord and owner of several commercial and industrial buildings. A life-long resident of St. Bernard Parish, Ponstein served as Councilman-At-Large from 1992-1996 and Parish President from 1996-2004. He has served as a member of the St. Bernard Parish Chamber of Commerce, St. Bernard Economic Development Commission, Regional Planning Commission and United Way of New Orleans.

“Although I have had the honor to serve in a number of political positions, I have never considered myself a politician. I view my career as one of a public servant and businessman who has a deep desire to serve my community,” said Ponstein. “This position provides me another opportunity to help St. Bernard and the entire region. I am honored to serve.”

Ponstein received his Bachelor of Science in Business Administration from the University of New Orleans in 1971 after graduating from Holy Cross High School in 1967. He opened Ponstein’s Food Store, the first self-service gas station in the New Orleans metropolitan area in May of 1972. He and his wife, Claudette, have three children, Jeffrey, Neil and Sadie, and three grandchildren, Payton, Noelle, and Roman.

Along with welcoming a new commissioner, members of the Board selected a new Executive Committee with the election of Laney J. Chouest as Chairman, Arnold B. Baker as Vice Chairman and Tara C. Hernandez as Secretary-Treasurer.

Chouest joined the Board in June 2014 when he was appointed by former Gov. Bobby Jindal. He succeeds Robert R. Barkerding Jr. whose term as Chairman expired this month. Barkerding will continue to serve as a commissioner.

“It has been an honor to work under Mr. Robert Barkerding’s leadership and I thank him for laying a strong foundation,” said Chouest. “Since my appointment in 2014, I have had the privilege to be a part of the Port of New Orleans’ positive direction and growth. I look forward to working with the Board, staff and all stakeholders to make the New Orleans Gateway one of the best global transportation hubs.”

Chouest is the owner and developer of NOLA Motorsports Park in Avondale, Louisiana, one of the largest and most modern motorsports destinations in the United States. A retired family practitioner, Chouest joined his family business, Edison Chouest Offshore, in 1983 and served in many aspects of company operations including design, construction, and operation of various offshore support vessels. During his tenure at the company, Edison Chouest Offshore grew into a major worldwide force within the deepwater oil and gas exploration and production industry. Chouest retired from the company in 2006 to focus on the motorsports business.

The Board consists of seven commissioners. They are unsalaried and serve five-year staggered terms. The Governor of Louisiana appoints members from a list of three nominations submitted by 19 local civic, labor, education and maritime groups. The Board reflects the three-parish jurisdiction, with four members from Orleans Parish, two from Jefferson Parish and one from St. Bernard Parish. Ponstein represents St. Bernard Parish; Chairman Chouest and Past-Chairman Barkerding represent Jefferson Parish, and Vice Chairman Baker and Secretary-Treasurer Hernandez represent Orleans Parish. Other Board members include Darryl D. Berger and William H. Langenstein. Both represent Orleans Parish.