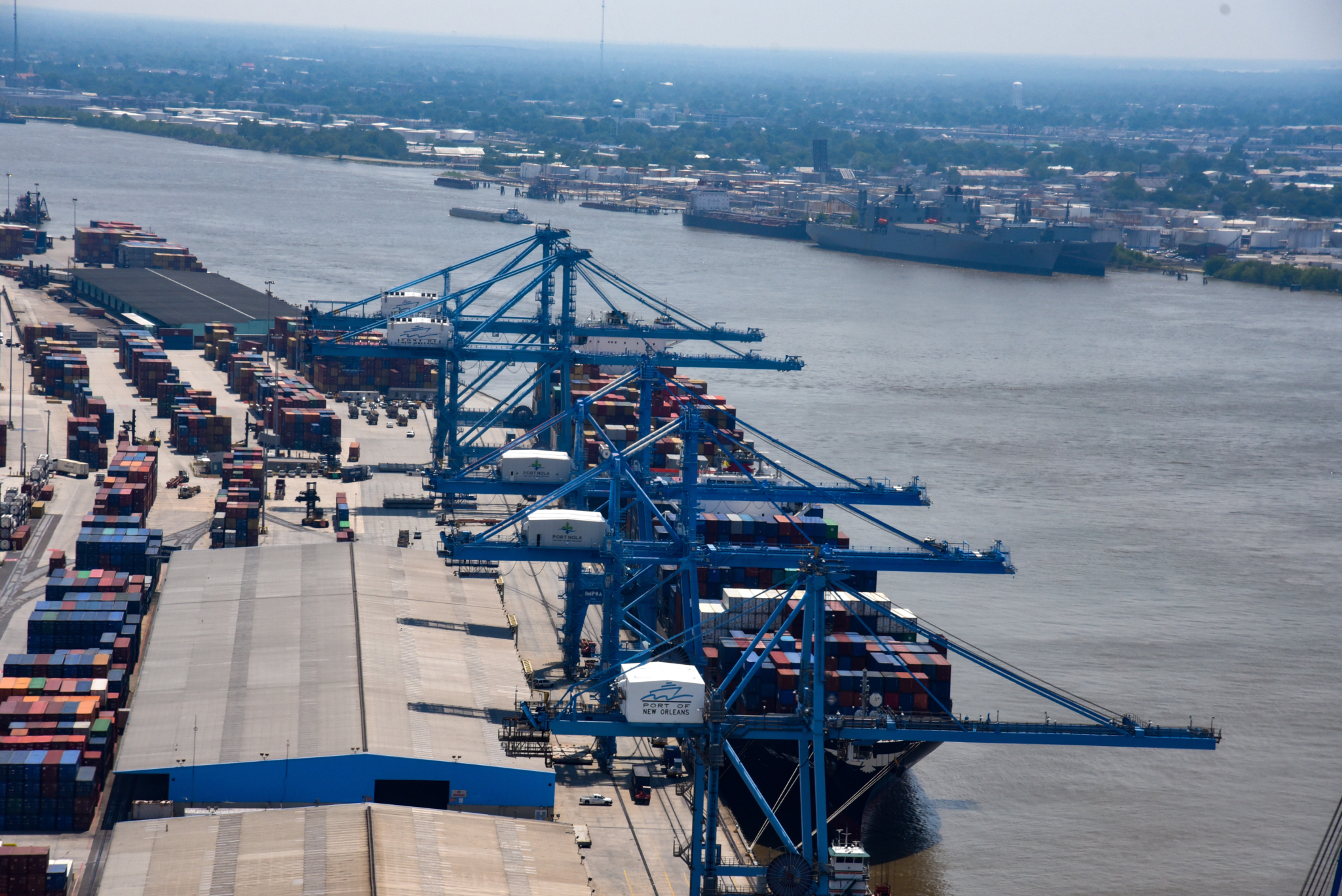 BATON ROUGE — The Mississippi River Ship Channel could be the first port complex on the Gulf Coast to reach a depth of 50 feet now that the Director’s Report has been signed by the U.S. Army Corps of Engineers. Elected officials and industry leaders have long worked to increase the channel’s depth to 50 feet, which is the same depth of the expanded Panama Canal.

In signing the Report, Corps of Engineers Director of Civil Works James C. Dalton stated the project is “economically justified and environmentally sustainable” and recommended approval of funding for the project.

“This is truly a great moment for Louisiana and the thousands of men and women whose livelihood depends upon the Mississippi River,” said Louisiana Gov. John Bel Edwards. “One in five jobs in Louisiana is tied to our ports and this project will help to make our world-renowned port system even more competitive, while creating opportunities for manufacturers, growers and producers who rely on our ports up and down the entire Mississippi River.”

The project will provide a draft of 50-feet from the Gulf of Mexico upriver 256 miles to the Port of Greater Baton Rouge. In addition, the material dredged from thirty miles of the project near the Mouth of the Mississippi River will be used to create an estimated 1,462 acres of new marsh habitat. In accordance with cost sharing provisions of Section 101 of the Water Resources Development Act the federal share of the project would be $118.1 million, while the estimated non-federal share would be $39.4 million. The current ship channel is maintained to 45 feet. The Corps’ report identified the benefit-to-cost ratio at 7.2 to 1, calling the project one of national and international significance.

The Lower Mississippi River is home to four of the nation’s Top 15 ports by annual tonnage (Port of South Louisiana, Port of New Orleans, Port of Greater Baton Rouge and Plaquemines Port, Harbor and Terminal District), moving more than 500 million tons of cargo, including 60 percent of the nation’s grain and is connected to 14,500 miles of inland navigable waterways.

“More commerce on the Mississippi means more jobs for Louisiana workers and more economic opportunity in our state,” said Dr. Bill Cassidy. “Getting this project completed will be a major victory for Louisiana and I thank the rest of the congressional delegation and our state officials for their partnership as we work to get the funding approved.”

“This project is a win on multiple fronts,” said Sen. John Kennedy. “It will open the Mississippi River to larger ships and help us remain globally competitive. It also will help us create more wetlands and protect our coast. The Mississippi River is one of Louisiana’s greatest natural resources. Investing in it means creating more jobs for Louisiana families, and that’s always a victory.”

“Louisiana is our nation’s gateway to the world for commerce, so it is vitally important we continue to be globally competitive in shipping capacity. Deepening the Mississippi River Ship Channel is very important for Louisiana, and is also strategically important to the nation as a whole. I have consistently fought to move this project forward in Congress, and I will continue working with my colleagues to make sure it is funded as soon as possible,” said House Majority Whip Steve Scalise.

“The Mississippi River and our ports power our economy,” said Congressman Cedric Richmond. “Deepening the river has been an important goal since I was first elected to Congress and I am proud to have worked with the Governor and the other members of the delegation to make it a reality. Dredging the river to 50 feet and using the dredged material to help restore our coast just makes sense. This will make our ports more competitive and our communities better protected.”

Congressman Garret Graves said, “This is another big win for Louisiana – and for the entire country – long in the making. The Mississippi River is America’s global commerce superhighway, and this stretch is the linchpin. Louisiana has 5 of the Top 15 ports in the country, and getting to this channel depth is critical for us to hold our position as the nation’s top maritime state and to stay competitive with the direction the Panama Canal and shipping trends are heading.”

“The Lower Mississippi River is one of the largest port complexes in the world,” said Drew Heaphy, who is president of the Ports Association of Louisiana and executive director of the St. Bernard Port, Harbor and Terminal District. “With the deepening of the Mississippi River to 50 feet, Louisiana will continue to provide the goods and services necessary to stimulate economic growth, not only in Louisiana but the nation as a whole. This project will keep the five deep-draft ports along the river reliable and competitive and will create critical new marshlands to combat coastal erosion.”

“The Mississippi River Ship Channel deepening project has been a vital infrastructure project for the Big River Coalition since we revitalized the effort with our colleagues at the U.S. Army Corps of Engineers and the Louisiana Department of Transportation and Development in 2011,” said Sean Duffy of the Big River Coalition. “The channel deepening would generate commerce, stimulate coastal restoration and enhance the water carrying capacity of the gateway to the center of our nation: The Lower Mississippi River. The multiple benefits include substantive transportation cost savings to the American farmers, job creation throughout the nation’s interior, and increased flood protection of businesses, farms and homes.”