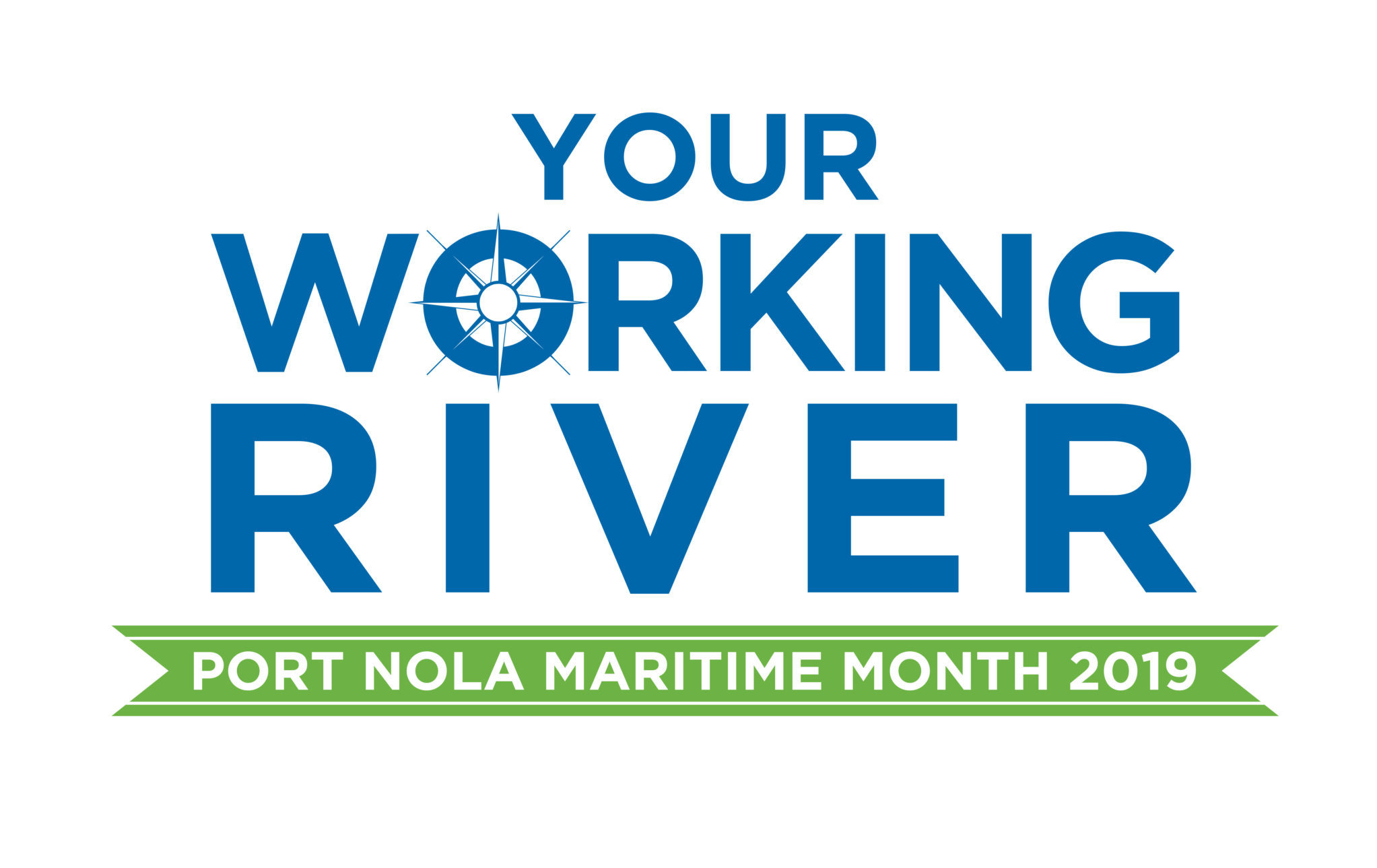 Port of New Orleans’ third annual Maritime Month reached record audiences and participants throughout the month-long public awareness campaign that paid tribute to the region’s rich maritime history and the hardworking men and women who serve in it.

Much of that visibility occurred on Maritime Day, May 22. Port NOLA partnered with WWL-TV on promotional ads and hosted the morning news team for a live broadcast from the Port. Segments on the cruise industry, small businesses, infrastructure investments, future growth and more shed light on the importance of the maritime industry to audiences. More than 68,000 adults ages 18 and over tuned in to watch the newscast from 6 a.m. to 9 a.m. It was the second-highest rated morning news show year-to-date for WWL-TV.

“Each year we are pleased to collaborate with our stakeholders to celebrate the dedicated men and women of the maritime industry and the work they do every day that contributes to our Port mission of creating jobs for Louisiana families,” said Brandy D. Christian, President and CEO of Port NOLA and CEO of New Orleans Public Belt (NOPB). “Maritime Month 2019 was an opportunity for the Port and the Public Belt build on our efforts to connect with our community and invite our neighbors to see for themselves what we experience daily — the working river in action.”

Acknowledging the industry’s contributions to the state of Louisiana, Gov. John Bel Edwards signed an official proclamation recognizing Port NOLA Maritime Month, as did the New Orleans City Council at their May 9 meeting.

Another highlight from Maritime Month 2019 was a partnership with STEM NOLA to host “Working River STEM Saturday,” a day of interaction for students in 3rdto 12thgrade held on the riverfront. More than 100 students and 40 volunteers explored the concept of buoyancy and engineered their own boats to race at the end of the day. Parents of participating students received a Port 101 presentation and a tour on the Port’s fireboat. STEM NOLA is a nonprofit organization that works to expose, inspire and engage members in the surrounding communities about the opportunities in Science, Technology, Engineering and Mathematics (STEM).

A photo contest on the Port’s social media pages engaged the community throughout the month, garnering dozens of entries taken by community members and Port employees to share their photos of the working Mississippi River. Port NOLA’s Harbor Police Department was celebrated May 12-18 during National Police Week, honoring their commitment to the safety and security of the people and facilities in the Port’s jurisdiction. Global Maritime Ministries provided dinners for the officers through the week, as well as an appreciation luncheon for all Port employees on Maritime Day.

The New Orleans Public Belt Railroad, which was acquired by Port NOLA in 2018 and connects the Port and shippers to six Class I railroads, also participated in Maritime Month activities with outreach to local small businesses during a Procurement Day and a public art project with CVU NOLA to paint a rail theme on NOPB utility boxes in the French Quarter.

Kurt Nagle, President and CEO of the American Association of Port Authorities, said, “In recognizing the value that maritime activities play in the economic vitality, support of American jobs and enhancing our daily lives, Maritime Month is also an opportunity to remind policymakers that ports need their support to be successful in facilitating the movement of trade that links all of us to the global economy.”