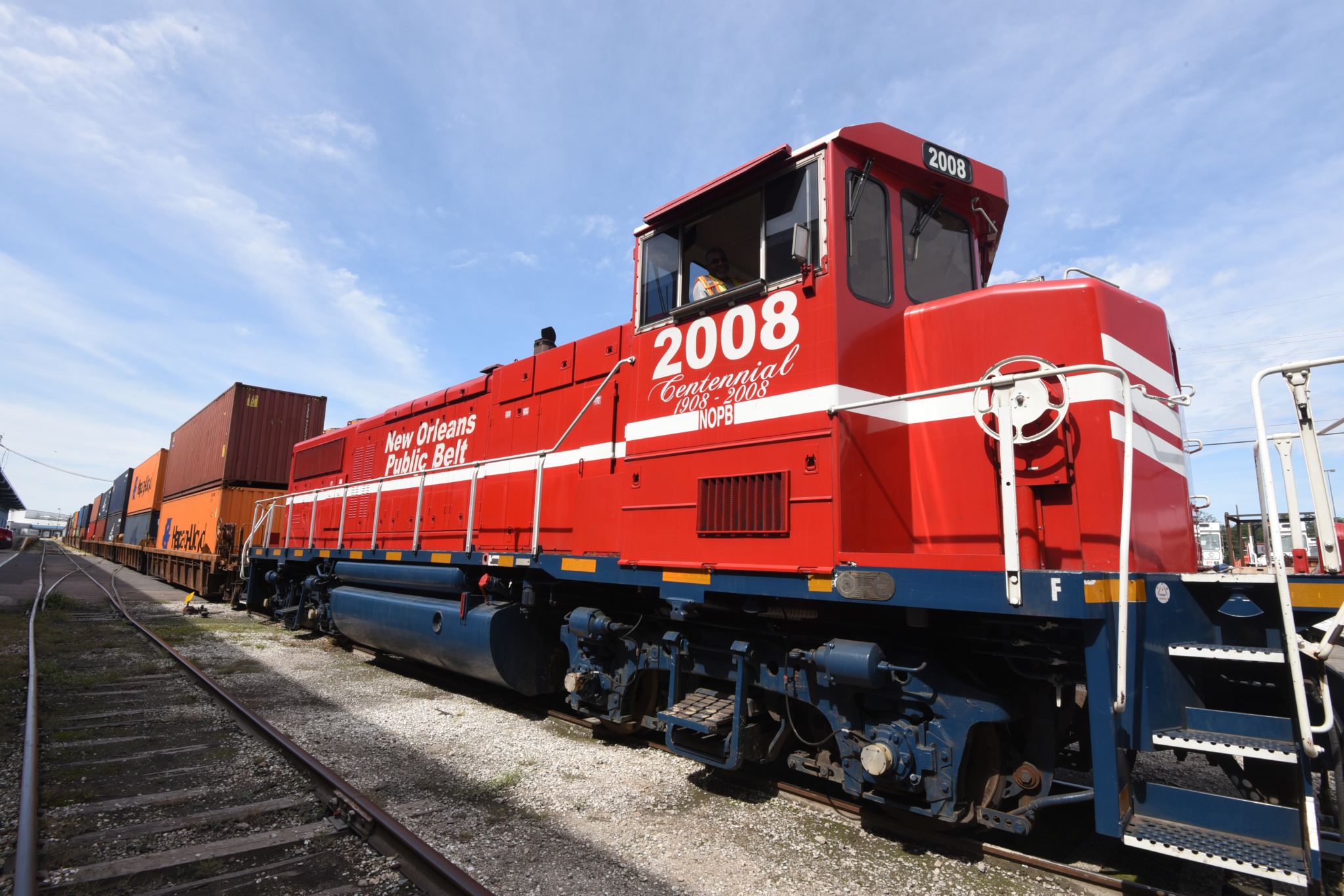 The Project will improve efficiencies and increase NOPB’s capacity to switch, interchange and store cars. By building additional railyard space and deploying automated switching technology, NOPB plans to improve productivity within the strategic rail corridor by 30 percent. Additionally, the project will lead to decreases in emissions, reduced locomotive engine idle and improvements in safety by upgrading from manual to solar powered switches along strategic points in the network.

“This award is great news for the New Orleans Public Belt Railroad and its customers. The project is critical to improving efficiencies in the rail gateway and providing a safer working environment for our employees. We want to thank the Louisiana delegation for their efforts to secure the funds for this project,” said Brandy D. Christian, CEO of the New Orleans Public Belt Railroad and President and CEO of the Port of New Orleans.

“Freight from across Louisiana and our country move through the Port of New Orleans. This project will improve its ability to handle more traffic, leading to economic benefits for the workers and the state,” said United States Senator, Dr. William Cassidy (R-LA).

“The New Orleans Public Belt Railroad and the Port of New Orleans are economic engines for the region and Louisiana’s economy,” said United States Congressman, Cedric Richmond (D-LA). “Federal investment into the New Orleans Gateway always makes good sense for our economy and the thousands of people employed in international and domestic trade. I’m proud I was able to help secure necessary funding for the Consolidated Rail Infrastructure and Safety Improvements Program (CRISI) to keep Louisiana’s economythriving.”

“It’s welcome news that the Port of New Orleans will receive over $7 million to modernize and expand their railyard capabilities. This grant will help boost the economy of Southeast Louisiana and increase our ability to transport more commerce through the Port of New Orleans, which has a huge impact on our national economy, global competitiveness, and American job creation,” said United States Congressman, Steve Scalise (R-LA).

“Today is a great day for the New Orleans Public Belt Railroad. This grant provides us with an outstanding opportunity to execute our five-year capital plan; increasing the safety and capabilities of our railroad. The impact of this will not only positively affect the tenants of the Port of New Orleans, but also the communities we travel through,” said NOPB General Manager, M.D. “Mike” Stolzman.