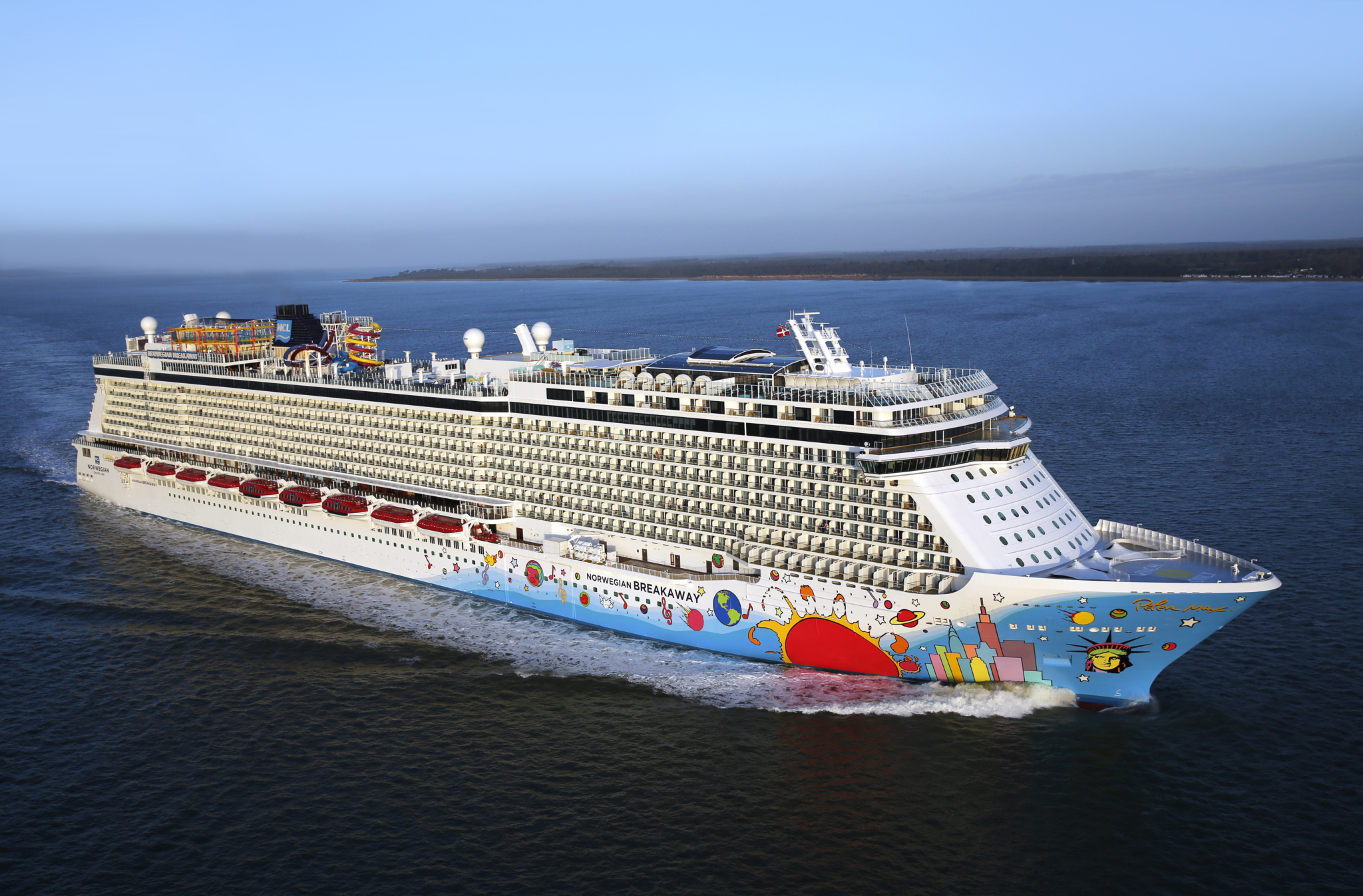 NEW ORLEANS—October 3, 2017—Norwegian Cruise Line announced today it will deploy the 4,000-passenger Norwegian Breakaway to the Port of New Orleans beginning November 2018. The 1,068-foot vessel will be the largest cruise ship in both length and passenger occupancy to ever sail from Port NOLA, and its arrival will nearly double Norwegian’s guest occupancy from New Orleans.

“The Port of New Orleans values our close partnership with Norwegian Cruise Line and appreciates the addition of the Norwegian Breakaway to the cruise schedule next year. The passengers who begin and end their Norwegian Breakaway cruise from our historical city will experience Port NOLA’s commitment to high-level service and the Crescent City’s vibrant energy,” said Brandy D. Christian, Port of New Orleans President and CEO. “Our cruise business contributes significantly to the hospitality industry’s regional economic impact and we are pleased to welcome the largest ship we have ever accommodated.”

“Norwegian Breakaway will be the largest and newest ship from Norwegian to sail from New Orleans, and we are thrilled to bring our signature Breakaway-class ship to this important homeport,” said Andy Stuart, President and CEO of Norwegian Cruise Line. “We want to provide more opportunities for our guests across the country to explore beautiful destinations and enjoy all the spectacular features of our newest ships, along with the freedom and flexibility that only a Norwegian cruise can offer.”

In 2016, Port NOLA’s cruise terminals handled a record 1,070,685 passenger movements, breaking the one million passenger mark for the third consecutive year. Cruise Lines International Association (CLIA) ranks Port NOLA as the sixth-largest cruise port in the U.S. with two state-of-the-art cruise terminals located in the heart of the city near the historic French Quarter, family attractions, shopping, dining, and hotels.

“We are so excited to welcome Norwegian Breakaway next year as we celebrate our 300th birthday,” commented Mark Romig, President and CEO of New Orleans Tourism Marketing Corporation, the city’s leisure travel promotion agency. “The introduction of this magnificent cruise ship to New Orleans will give discerning cruise enthusiasts another wonderful opportunity to experience a vacation on the seas as well as in New Orleans. We are especially appreciative of Norwegian Cruise Line’s investment in the Port of New Orleans and our city, and look forward to helping provide the passengers with memorable and exciting stories that will last a lifetime.”

Norwegian Breakaway will delight cruisers of all ages, featuring a wide variety of accommodations, from Studios for the solo cruiser to the exclusive, all-suite luxurious enclave, The Haven by Norwegian®; more than 25 different dining options; an exhilarating aqua park with five slides and a thrilling ropes course with zip lines and The Plank; signature Broadway entertainment including Rock of Ages and more.

The ship will undergo a two-week dry dock next spring and will receive a full refresh in public spaces, including new flooring, updated furniture, new décor and new carpeting in staterooms.

Norwegian Cruise Line is the innovator in cruise travel with a 50-year history of breaking the boundaries of traditional cruising. Most notably, Norwegian revolutionized the cruise industry by offering guests the freedom and flexibility to design their ideal cruise vacation on their schedule with no set dining times, a variety of entertainment options and no formal dress codes. Today, Norwegian invites guests to enjoy a relaxed, resort style cruise vacation on some of the newest and most contemporary ships at sea with a wide variety of accommodation options, including The Haven by Norwegian®, a luxury enclave with suites, private pools and dining, concierge service and personal butlers. Norwegian Cruise Line sails around the globe, offering guests the freedom and flexibility to explore the world on their own time and experience up to 28 dining options, award-winning entertainment, superior guest service and more across all of the brand’s 15 ships.

Recently, the line was named “Europe’s Leading Cruise Line” for the tenth consecutive year, as well as “Caribbean’s Leading Cruise Line” for the fifth time and “North America’s Leading Cruise Line” for the second straight year by the World Travel Awards. Norwegian’s next new build, the highly anticipated Norwegian Bliss, will be delivered in April 2018 featuring many firsts-at-sea for the global market including the largest race track at sea, award-winning Broadway entertainment, two observation lounges for guests to enjoy stunning ocean and glacier views and more. Norwegian will introduce an additional new “Breakaway Plus” Class cruise ship in 2019 and has four additional ships on order for delivery beginning in 2022, with an option to introduce two more ships in 2026 and 2027.

About the Port of New Orleans

The Port of New Orleans is the sixth-largest cruise port in the U.S. with two state-of-the art cruise terminals in the heart of the city near the historic French Quarter. Port NOLA handled more than one million cruise passenger movements in 2016, breaking the one million passenger milestone for the third consecutive year. A tourist destination in itself, cruising from the unique city of New Orleans is like taking two vacations in one. Port NOLA is a deep-draft multipurpose port at the center of the world’s busiest port system — Louisiana’s Lower Mississippi River. Connected to major inland markets and Canada via 14,500 miles of waterways, six Class I railroads and the interstate highway system, Port NOLA is the ideal gateway for containers and breakbulk cargo, as well as passenger cruises.