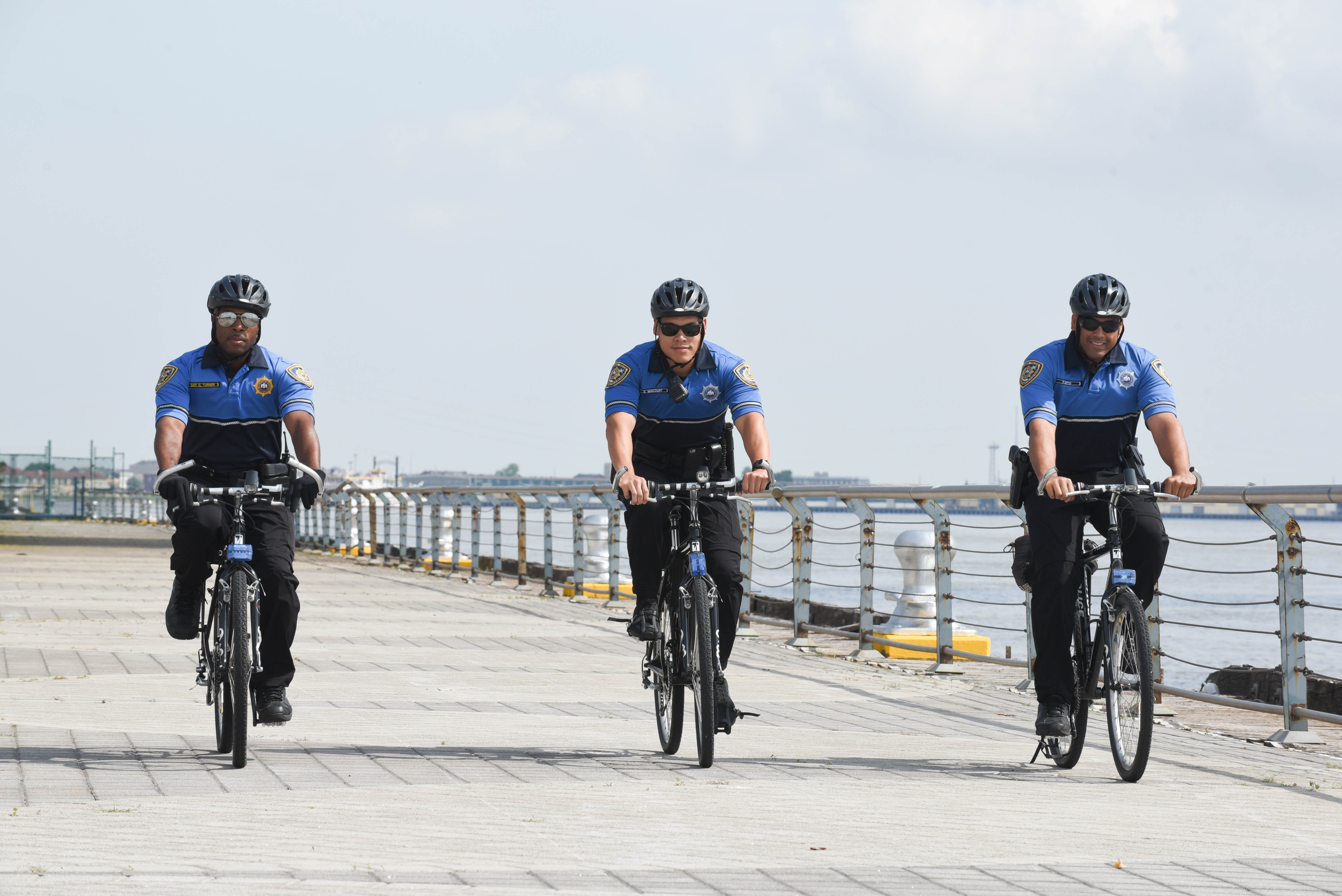 “We have worked on this plan for some time at the direction of the Port’s President and CEO Brandy Christian – aimed at increasing our officers’ visibility and providing a safe and secure riverfront for our guests,” said Harbor Police Chief Robert S. Hecker. “We believe this endeavor will do just that.”

“We are pleased to offer this service to our neighbors along the downtown Riverfront area and are committed to providing a safe and secure environment throughout all of our jurisdiction,” Christian said.

The bicycle patrol initiative begins as the Port celebrates Maritime Month in May with the theme “Your Working River” and includes a number of events to demonstrate the industry’s vital role in job creation and its connection to the community.

Promotional 15- and 30-second advertisements will air throughout the month and the Port will host a live broadcast of the WWL-TV Eyewitness Morning News from the Port’s fireboat on National Maritime Day May 22. The Port also joins Global Ministries in honoring the Harbor Police Department’s service May 14-20 for Harbor Police Week. Orleans Parish high school students will tour the Port and hear about opportunities in the maritime industry on May 18. The Board of Commissioners of the Port of New Orleans will also be asked to consider passing a resolution at the Board’s May 26 meeting officially declaring May as Maritime Month and a public boat tour will be held May 26.