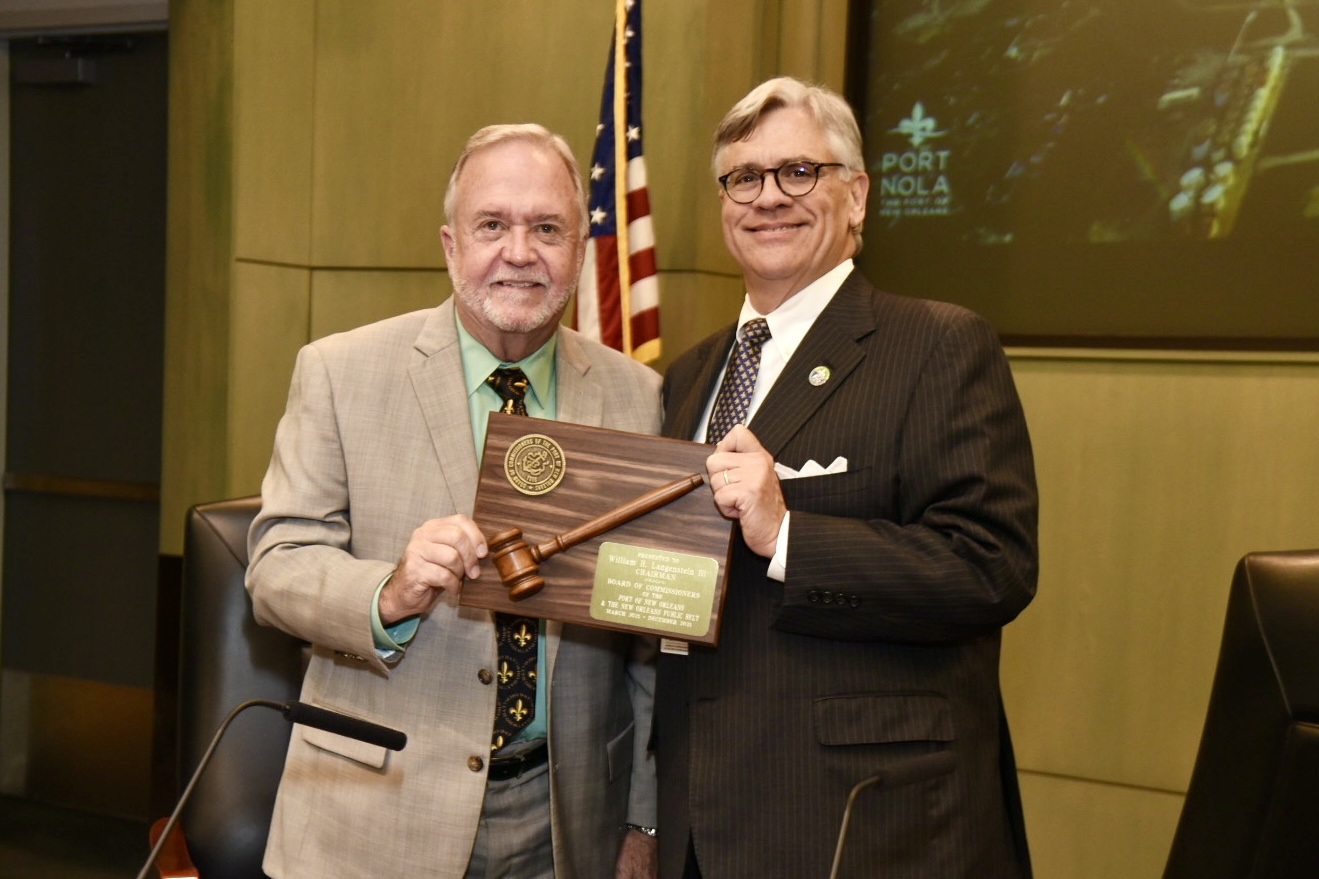 NEW ORLEANS — December 16, 2021 — The Board of Commissioners of the Port of New Orleans selected new officers with the election of Charles H. Ponstein as Chairman, Jack C. Jensen, Jr. as Vice Chairman and Joseph F. Toomy as Secretary-Treasurer during the monthly Board meeting Dec. 16.

Ponstein joined the Board in March 2018 when he was appointed by Gov. John Bel Edwards. He succeeds William H. Langenstein, III, whose term as Chairman expired this month. Langenstein will continue to serve on the Board as a commissioner until his five-year term ends in February 2023.

“We are so appreciative of Commissioner Langenstein’s service as Chairman. At the top of the list, we received four new container gantry cranes last week, and he has taken proactive leadership to navigate us through the difficult times during the pandemic,” said Ponstein. “I am grateful for the opportunity to serve as Chairman and am excited about the future of Port NOLA as we continue to work toward positive growth and developing critical infrastructure throughout our jurisdiction to keep Louisiana and the Port NOLA gateway competitive.”

Ponstein received his Bachelor of Science in business administration from the LSUNO in 1971 after graduating from Holy Cross High School in 1967. He opened Ponstein’s Food Store, the first self-service gas station in the New Orleans metropolitan area, in May 1972.

He and his wife, Claudette, have three children, Jeffrey, Neil and Sadie, and five grandchildren, Payton, Noelle, Roman, Seth and Henry.