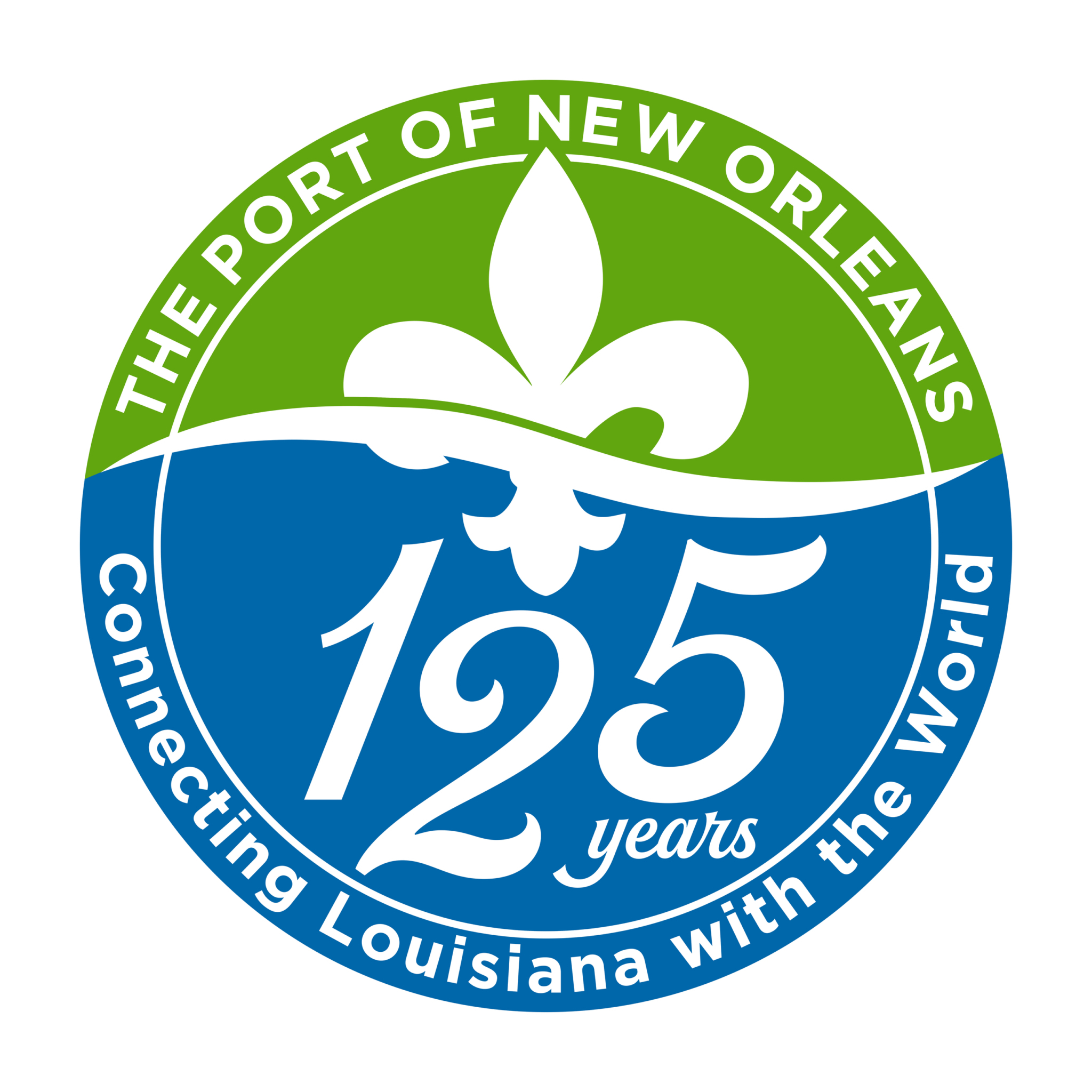 NEW ORLEANS – July 9, 2021– July 9, 2021 marks the 125th anniversary of the founding of the Port of New Orleans (Port NOLA) as an independent subdivision of the State of Louisiana, a self-sustaining public agency. In 1896, the Board of Commissioners of the Port of New Orleans was created by the Louisiana Legislature to administer public wharves and regulate trade and traffic on the Mississippi River in Jefferson, Orleans and St. Bernard.

The Port is commemorating this milestone with a year-long public engagement campaign from July 2021 to July 2022, featuring a special anniversary logo with the theme of “Port of New Orleans: Connecting Louisiana with the World.”

“The 125th anniversary celebrates the role the port has played, and continues to play, as an economic engine and a global gateway for our region and state,” said Brandy D. Christian, President and CEO Port NOLA and CEO of the New Orleans Public Belt Railroad. “This historic milestone also gives us an opportunity to look ahead as we work to provide the vital infrastructure to drive us into the next 125 years.”


The Port is kicking off the anniversary celebration with the launch of the “125 Years in 125 Seconds” video series. The short videos will serve as an oral history of the Port featuring public officials, maritime partners, port workers and others to share the Port’s story from their perspective. A new 125 second video will be released weekly throughout the anniversary campaign. Watch the first video featuring Louisiana Gov. John Bel Edwards here.

Throughout the year, there will be events, promotions and partnerships to celebrate this milestone in the Port’s history, including a commemorative 125th anniversary publication.

The region and state of Louisiana grew from the early maritime activity on the bend of the Mississippi River where Port NOLA is today. In 1896, the Port was given the legislative mandate to drive economic growth by facilitating maritime commerce in its three-parish jurisdiction of Jefferson, Orleans and St. Bernard. Today, Port NOLA and its tenants generate more than 19,000 jobs in the jurisdiction and nearly $4 billion of economic impact annually.