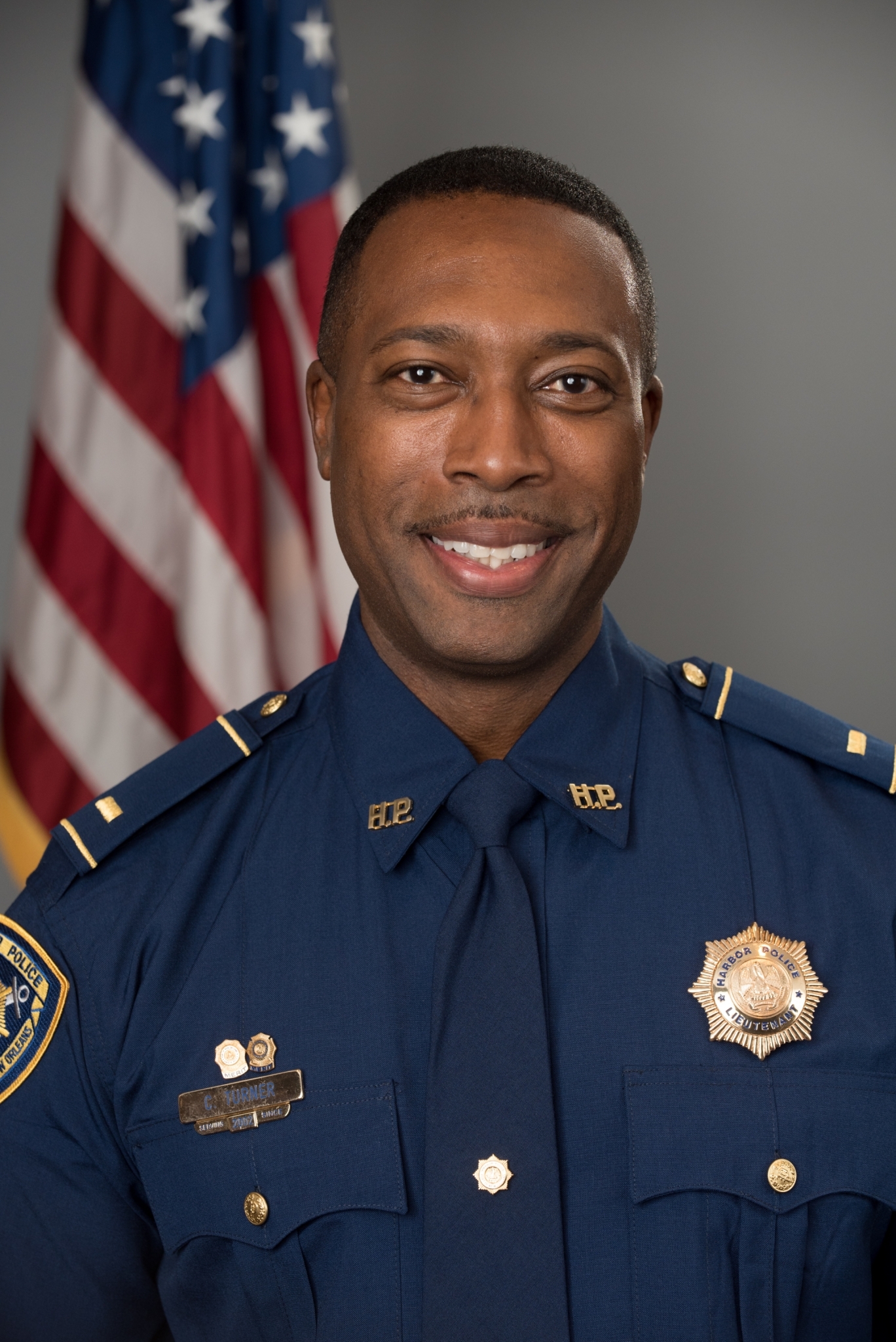 NEW ORLEANS – August 8, 2022 – The Harbor Police Department (HPD) of the Port of New Orleans (Port NOLA) has named Cedric Turner to serve as Captain of the specialized law enforcement agency. Turner has served in law enforcement for 26 years and 20 of those working up the ranks in HPD. As Captain, Turner will be responsible for running the day-to-day operations of HPD’s Patrol Division, which is critical in HPD’s mission in ensuring the safety and security throughout port property and waterways within the Port’s three-parish jurisdiction of Jefferson, Orleans and St. Bernard Parish.

In this role, Turner will lead the agency’s training, marine and bicycle operations. Additionally, Turner will serve as the Commander of the Special Response Team (SRT) with the sole mission of ensuring top security and maritime safety. This team consists of officers trained in special operations — such as response to terrorism, active attacks and civil unrest.

“Cedric Turner represents the best of law enforcement, and we know he will continue to serve Harbor Police with pride as Captain of this force uniquely specialized in maritime and homeland security,” said President and CEO of Port NOLA, Brandy D. Christian.

“Cedric Turner’s work ethic and management skills have made him a respected leader within the Harbor Police Department, and we are proud to name our new Captain from within the ranks of HPD,” said Harbor Police Chief Melanie Montroll. “Cedric has the true qualities that embody HPD’s motto of Honor, Pride and Dedication and we look forward to seeing his contributions in his new leadership role.”

HPD officers are part of a unique law enforcement agency that contributes to homeland defense by ensuring the safe, secure and efficient flow of cargo and cruises; as well as a safe, secure environment for Port tenants, workers, community and visitors throughout Port NOLA’s jurisdiction.

“I am honored to serve the Harbor Police Department and the outstanding individuals who make up this force,” said Turner, who rose through the ranks of HPD holding several leadership roles including Lieutenant, Sergeant and Corporal. “I look forward to furthering the safety of the Port, the community and the working riverfront as our top priorities.”

Turner will be integral in the implementation of the body-worn camera (BWC) program launched in July 2022, when all HPD officers were trained and equipped with the latest recording devices. HPD Chief Montroll recently completed her first 100 days at the helm of the agency, delivering on her top priorities which included the introduction of body-worn cameras, which will support HPD’s continued commitment to transparency, while strengthening performance and accountability.

Learn more about the BWC program and Montroll’s top priorities for HPD here.